On September 15th, 2009, proposed revisions to the New Source Performance Standards (NSPS) and Emission guidelines (EGs) for the HMIWI standards became final. These regulations, originally promulgated in 1997, were established under Section 129 of the Clean air Act (CAA), and serve as the maximum achievable control technology (MACT) standards for hospital, medical, and infectious waste incinerators. 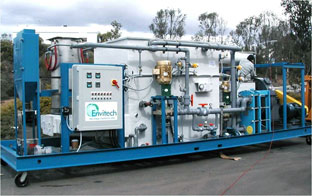 The proposed revisions included both a five year review and a response to a court-ordered Remand.  Many industries have been following these new revisions closely, including the American Forest & Paper Association (AF&PA), the Portland Cement Association (PCA), the Council of Industrial Boiler Owners (CIBO), the National Brick Research Center (NBRC), and the National Lime Association (NLA), among others.  The methodology used by the EPA to formulate these revisions may eventually be applied to the industries of these groups.

There are a number of objections to the new rules which are viewed by some in industry as unachievable.  One of these objections relates to the establishment of floors for the best-performing units for each of the regulated pollutants individually. This has been considered by some as a MACT-on-MACT approach which may result in the need for a combination of control technologies.

Below is a summary comparison of the previous emission limits (1997) and the new emission limits (2009) in response to the Remand for new and existing HMIWI units for large, medium and small incinerators.  Many hazardous and medical waste incinerator scrubbers meet the previous emission limits (1997) with a Venturi scrubber system.  However, the new standards for both existing and new HMIWI units are significantly more stringent with respect to particulate, Pd, and Cd.  The new standards, would be met with the same basic technology, however, add-on controls would be needed as a polishing step in most circumstances.  In a future blog post, I'll discuss add-on control strategies that can be used to meet these new requirements.

All emission limits are measured at 7% oxygen.

For more information about this rule, please download our white paper via the link below.