Back in June I mentioned that I was getting ready to head to the 2009 International Fuel Ethanol Workshop and Expo, which was held June 15-18 in Denver, CO.  I had the opportunity to present a new ethanol scrubber design during the emissions abatement optimization session in the energy & environment track.  My presentation dove- tailed well with other topics of the co-presenters, given below. 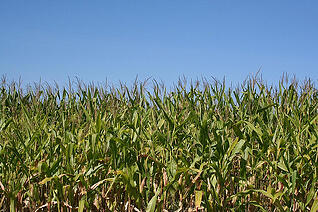 I discussed a new ethanol scrubber used to recover ethanol from the fermentation and other vent streams.  These streams contain CO2, ethanol and low concentrations of various volatile organic compounds (VOC's).  Chilled water is commonly used to recover the ethanol, however, many of the VOC's (acetaldehyde, etheyl acetate, acrolein, and acetone) are highly insoluable in water and do not scrub out well.  Post processing is often required to meet emission limits, which adds costs.  I introduced a new, 2-stage scrubber design that uses re-circulated ethanol in the bottom stage and once-through chilled water in the top stage.  Ethanol is an excellent solvent for the residual VOC's and it is readily available at ethanol plants.  This approach eliminates the need for post processing and significantly reduces the plants capital and operating costs.

Other issues of ethanol scrubber performance were discussed including channeling and fouled mist eliminators. Channeling is related to non uniform liquid to gas (L/G) ratio. When a limited amount of water is applied to the packing in a tall, narrow tower, uniform distribution of the water is critically important. If there are parts of the packed section where the L/G is lower than the average value, gas passing through those parts of the packing will not be scrubbed as efficiently.  If any water runs down the tower walls, it won't spend as much time in contact with the gas and will absorb less ethanol than water trickling over the packing.  A properly design scrubber should have internals that help maintain uniform distribution.

Fouled mist eliminators can result in excessive pressure drop.  This can be caused by improper selection of the type of mist eliminator or from not having a proper wash system to keep the mist eliminators clean during operation. It's important to not view the fermentation scrubber as a simple can with packing in it.  There are nuances to the scrubber design that enable it to operate at optimum performance with minimum maintenance. 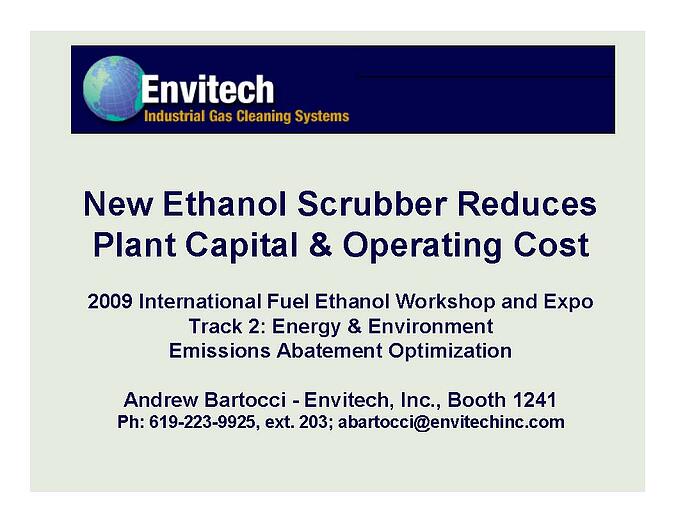 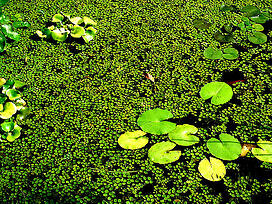 The information above was one of several slides that Professor Briggs used to make a point on the effieciency of algae in converting to biomass.  I believe Briggs was indirectly tackling the land use issue.  For those a bit removed from the biomass industry, there is a growing land use issue that both Andy B and I have heard about at recent ethanol conferences.  The theory is that land use for energy will replace acreage that is currently absorbing carbon dioxide (by way of trees and foliage), converting the land from a carbon sink to carbon neutral, and thus increasing the amount of global warming.  It is an interesting and complex topic, and given Briggs attention to land use in his presentation, I believe it is likely to be used as a counterargument to biomass collectively, whether it is true or not.  In any event, it is becoming important politically to maximize yield per acre, as there are other thorns on the land use issue (food production, fertilizer run off, genetically-modified plants) even if this one is resolved favorably for biomass. 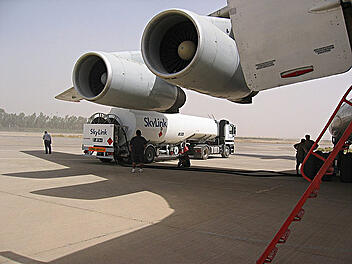 We need to refine biodiesel to higher grade fuels

Professor Briggs presented a wonderfully simple flow chart showing the steps from farming to fuel.  There were several steps in the process where Professor Briggs noted that algal biodiesel was not yet efficient enough for commercial production, but the most interesting step for me was the refining process.  Refining biodiesel is essentially maximizing the production of low molecular weight carbons and increasing the heat content of the fuel.  However, there is also a third goal of refining, and that is in minimizing the production of secondary pollutants (sulfur oxides, nitrogen oxides, and chlorides).  A great deal of time and money has been spent to minimize the secondary pollutants produced by hydrocarbons.  Will biofuels be able to capitalize on these technologies, or will there need to be new technologies developed to reduce secondary pollutants?

One final note - Professor Briggs displayed a colorful table at the end of his presentation showing a variety of fuel sources in rows (hydrocarbons, algal biodiesel, electricity, etc.), a variety of issues with those fuels in columns (cost, security, availability, etc.) and a green (good), yellow (fair), or red (bad) symbol in each box for their impact.  Teasingly simple, it also suggested that there is quite a fight amongst "green" energies - all of algal biodiesel boxes were green, while other green sources were noticeably multi-hued - despite the lack of an in-place commercial-scale techology (isn't that a bit important?).  I guess competition in the green industry is no longer just limited to beating up hydrocarbons. 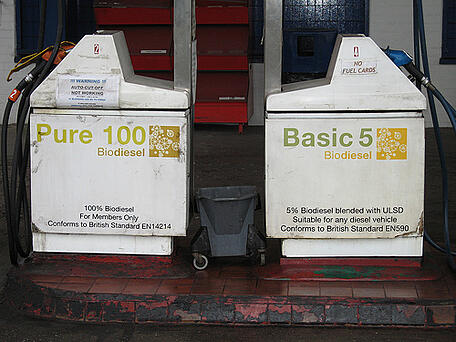 Yesterday I attended a presentation on biofuels by Steven Briggs, a biology professor at University of California, San Diego.  Professor Briggs possesses a wealth of academic and industrial experience with genomics and biofuels, including corn ethanol, biodiesel, and algal biodiesel.  Undoubtedly, Professor Briggs is an expert in bioenergy, and the overwhelming attendance indicated the importance of the industry to the greater San Diego area.  Today I would like to highlight some of the topics Briggs spoke on (underlined, paraphrased).

Liquid hydrocarbon fuels account for 41% of the energy consumed

Professor Briggs highlighted the tremendous consumption of liquid fuels, primarily oil.  Briggs later noted that there is an existing infrastructure for liquid fuels.

Has the world hit the downslope of oil production?  There are far-ranging impacts to a decrease in oil production, both economic and political.  For the biofuels market in particular, it may lead to higher prices for hydrocarbon fuels and more cost-competitiveness, one of, if not the key obstacle that biofuels must overcome.  A further sign of a drop in oil production might be in the flurry of activity in biofuel research by traditional hydrocarbon-based companies.  Exxon-Mobil, Chevron, and British Petroleum have all made recent announcements of significant investment in biofuels.

The United States has set a target of 24% of all energy consumption from renewable fuels by 2022.

Briggs provided a table with mandates for renewable energy consumption for a number of countries.  Briggs was quick to point out that the mix of renewable fuels to meet this target is yet to be determined.  Obviously though, consumption will be driven to the lowest cost fuel that meets the definition of renewable fuels.  Hydrocarbon liquids have such a huge share of the energy market because they are precisely the lowest cost fuel.  We can reasonably expect that the lowest cost renewable energy fuel will corner the market in the same fashion that hydrocarbons have for the past 200 years.

I will have more on the second part of Professor's Briggs presentation, algal biodiesel, in my next post.